A potted history of CLIL

What Bloom can do for you!

What Bloom can do for you!

The development of CLIL over the years

A lot of people have asked me recently about the "what is CLIL" question and how my definition compares to that of other authors. Phil Ball wrote an excellent article in CLIL Magazine Spring 2016 on the history of CLIL and I thought this would be a good time to share! It is quite a read, but definitely worth your time.

I think that CLIL is in a ‘3rd phase’. Although it arose in the 1990s from the amalgam of practice roughly termed ‘content-based’ – identifying itself as an extension or branch of that pre-existing collective, it’s surely useful now to think of CLIL as a developing notion in itself – but also as something dynamic and responsive to change. CLIL - an acronym coined by an Australian in the forests of Finland in 1994 and roughly defined as a ‘dual-focus’ approach some eight years later (2002) by the same creator, has never suffered from stasis.

This was probably why, during this ‘first phase’, the practitioners of the new paradigm were grateful for any definition they could lay their hands on. The precise nature of CLIL was somewhat inchoate, partly because most of the practice taking place beneath its banner was in the shape of unilateral local initiatives, but also because precious few of these initiatives came together to share practice and swap impressions. CLIL was a bottom-up phenomenon, untainted (or unsupported) by anything resembling governmental legislation or diktat.

Thus was the first phase of CLIL, in which the dynamic innocence and sheer enthusiasm of its voluntary militants was enough to carry it through to the second phase, the one that coincided with the first major publications sponsored by the major publishers.

CLIL was invented in 1994 but the precise nature was not quite clear. Many people started working with it, as a bottom-up phenomenon

The book ‘Uncovering CLIL’, published by Macmillan in 2008, was a key moment in the development of the ‘approach’, as the book’s authors insisted on calling it. Whether we consider the book to have been good, bad or indifferent, it put its ideological head on the line and provided CLIL with some of its first public parameters, marking this new ‘phase’ (number 2).

We were introduced to the idea of the 4Cs, to the possibility that CLIL might be ‘an umbrella term’, and to various methodological and planning-based ‘toolkits’ with which to uncover CLIL and clarify its set of practices. The notion of the ‘dual focus’ was further emphasised, and whether these new diktats were valid or not, at least CLIL was handed a quotable framework – take it or leave it.

The book was full of several radical and interesting educational ideas, but having worked full-time in CLIL from 1996, I personally found many of them only nominally related to CLIL practice. It was rather evangelical in tone, but that is just my view. Readers who were new to CLIL at that time would have found useful things within its covers

The challenges with CLIL in the second phase

Other books were subsequently published in this second phase (although surprisingly few), but what features came to characterise this post-uncovering period? The most obvious one was the startling spread of CLIL-based practice and its adoption by many European countries and beyond.

CLIL could solve your problems!

The word was out that CLIL could solve your curricular problems, and the approach began to appear in various guises around the globe – guises often distant from those that its first-phase authors had intended, of course. The crawling baby was now a biped, capable of an upright stance, but still rather wobbly on its feet.

The 4Cs were enthusiastically adopted by many, but others found them baffling. The alleged ‘dual’ focus began to appear in every CLIL-themed Master Degree thesis from Tilbury to Tashkent, and off CLIL went, at a hundred miles an hour with a faulty set of brakes. Some of its second-phase authors looked on in horror, others preferred to adjust their messages according to the circumstances – resulting in the pragmatic notion (for example) that CLIL was ‘contextual’ and therefore immune to real definition.

On the other hand...

The first negative consequence of the second phase was therefore the idea that CLIL was an approach that you moulded to your socio-linguistic and cultural context. It was not for the creators of the paradigm to interfere.

​To support this claim, Baetens-Beardsmore’s warning was oft-quoted - that what worked in one context could not necessarily be reproduced in another, and off CLIL went, inventing and re-inventing itself as it gathered pace, confident in its locally-justified parameters.

Baetens-Beardsmore was of course right, but only to a certain extent. It may be true that what works for Tilbury will not work for Tashkent, but surely, if CLIL were a methodology and not an ‘approach’ (the word so fondly employed by its founders) – it could be more easily identified as a set of practices whose parameters were both identifiable and exportable?

​An approach often comes with ideological and political labels attached, whereas a methodology does not.

The CLIL phenomen spread over Europe and a couple of books were published on the topic, but a clear definition always depended on the context. CLIL was more of a methodology than an approach.

This is not the imagination of the author of this article.

Several countries embraced CLIL enthusiastically, only to find that the promises of educational nirvana were a mere chimera, and that the lack of clear parameters – a consequence of the dangerous idea that CLIL is an ‘umbrella term’ for a set of practices that you yourself can concoct (given the sacred nature of your context) were in truth an obstacle in effectively implementing the practice. In short, the end of the second phase saw CLIL questioned, and sometimes pilloried, for either making too many claims or for deliberately fudging the issue.

After almost twenty years, it remained a reasonable question.

The impact of phase 3

Phase 3 may well benefit from the fruits of previous research and from medium to long-term projects that are now at a mature stage. Countries who jumped in too quickly and who legislated too widely will now better understand the conditions that are required for CLIL to work efficiently.

Like any paradigm, there is good, bad and indifferent CLIL - but CLIL’s opponents, particularly those in the ELT world who have felt threatened by its expansion - are now beginning to see that a more ‘content-aware’ approach can do them some good.

Change 1: English as a vehicle

Indeed, one feature of the 3rd phase of CLIL is the acknowledgment of ELT (and other teachers of other languages) that the knowledge of language itself and of traditional patterns of methodology are in fact inadequate to satisfy the demands of learners who are increasingly instrumental in their motivation, and who actively seek what Graddol wrote back in 2006 – ‘to use English in order to do something else’.

​Language teachers are now facing a world of clients who need to use English (or any other language) as the vehicle of their learning and their lives. They are required by a changing world to be ‘competent’.

The movement towards competences was not a random fantasy concocted by the European Commission in 2006. It was a valid response to a changing world, one in which content – in its more conceptual and procedural guise - is king (or queen).

Learners no longer wish to be introduced to a textbook whose opening pages describe its objectives as merely linguistic.

The major ELT publishers are beginning to catch on, but as ever they are reluctant to change. The only major development in ELT in the last thirty years has been the introduction of ICT and digital practice, and much of that has been handled questionably.

Although Bullock meant that subject teachers should consider the impact of language on cognition (not become ersatz language teachers) it is true that early CLIL borrowed heavily from English language-teaching methodology and subject teachers remained in thrall to their language colleagues.

Now it only seems right that language teachers consider more carefully how subject teachers ply their trades, how subject disciplines each have different methodologies and depend on specific discourse fields.

CLIL gains its place in language learning and ELT teachers and CLIL teachers start working together, as more practical ideas were developed. 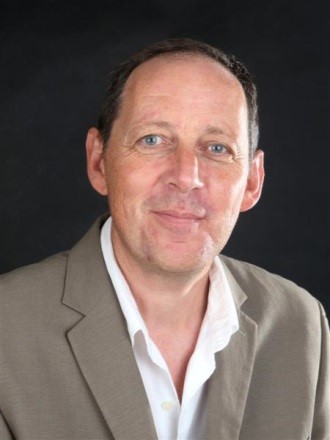 Phil Ball works mainly for the Federation of Basque Schools, based in San Sebastián in Spain. He is a CLIL materials writer and teacher-trainer and has been closely involved with the award-winning Basque project, ‘Eleanitz’. He has been involved in several European-based CLIL projects, and has written a wide variety of CLIL-based textbooks for the Basque and Spanish socialscience and English language programmes. He co-designed the new ‘CLIL Essentials’ online course for the British Council and works as a consultant for NILE.

He is the co-author of the new book about CLIL, ‘Putting CLIL into Practice’ (Oxford University Press 2015).

Search for other posts

Please log in again. The login page will open in a new tab. After logging in you can close it and return to this page.